A Seat at a Table 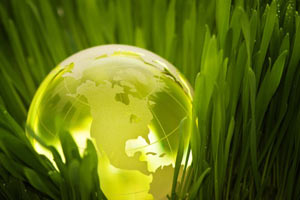 With the advent of market-driven sustainability standards there has been a variety of reactions from the Governments around the world who up until now ‘owned’ many national standards and controlled many trade processes such as food safety and export inspection. Some governments, cheered on by industry, saw the emerging standards as the threat, a loosening of control, and produced ‘Me too’ these standards. In some cases these were genuine attempt to manage sustainability in-house with credible environment and social conditions and continual improvement built in.

In other cases they were standards written to preserve the status quo which may be far from sustainable. In some parts of the world government took a completely different stance and expressed the view that, in such an commercial and market-driven environment is little was no role for them. Their philosophy was that governments and regulators should have no place in standards to meet non regulatory or non legislated requirements.

In the case of the ‘hands-on’ Governments this often led to friction with environmental social groups who believe the status quo is not good enough. This has led to activism in protest against some of the ‘Me too’ standards. In the case of the hands off governments there has been significant frustration on the behalf of industry at the large amount of resource, information and expertise within government was left standing in the wings.

So where does the answer lie, what is the appropriate place the Government in the development and practice of market driven standards?

The development of the market-driven standards movement there has been has been a significant increase on the emphasis of stakeholders in the process and on stakeholder engagement. This is the somewhat invigorating for certain stakeholders like environmental activist groups who previously were outside looking in, but who now have a voice in the standard and an expectation to be heard.

That’s not to say that stakeholder engagement can be used as a weapon or right of veto. If a stakeholder has an opinion or an observation that this is the sort of thing that can come under the purview of an audit. Similarly in the development of the standard stakeholders work together trying to achieve substantial consensus agreement on the standards that will apply. Previously this was unheard of but little by little this seemingly unlikely approach has worked, by and large.

Maybe it’s here that government should be placing in their effort. No one doubt that government is a stakeholder and that all governments have responsibilities for industry, environment and social welfare within their portfolios. As such they have a wealth of experience and the ability to bring our experience to the table in the development of market-driven standards. But that is not to say that government policy will automatically be adopted ,that is not the way since it is typical of the standards that they are not driven by legislated minimum. However governments remain essential stakeholders in the process.

Unfortunately I can think of very few examples where governments have taken this middle ground and consequently taken a seat at the table. I would be interested in anyone’s observations of government working as a stakeholder alongside the largest and smallest environment groups and the most exposed social groups. Or am I being naive?